About the Requirement for SR-22 Insurance

Driving in a risky manner is not a wise decision for anyone to make, as it can ruin the lives of numerous people in the blink of an eye. For example, driving a car after drinking alcohol can lead to a collision, and many people do it because they think that they can do it safely. Basically, alcohol has the ability to make someone think that they are not as impaired as they actually are when it is consumed in certain amounts. Getting caught driving recklessly often leads to being penalized in various ways, including being required to prove that you have insurance coverage. In the content below, you will learn about the requirement for SR-22 insurance and what it means if you are required to get it after driving recklessly.

What Is Considered Driving in a Risky Manner?

Other than driving after consuming too much alcohol, there are several other things that could put you in the category of a risky driver. For example, not abiding by the posted speed limits on city streets and highways is considered risky because of the high chance of causing a collision. You might only receive a couple of tickets for committing such an offense at first, but SR-22 insurance can be required if you continue getting tickets. Taking drugs can also put you at risk for being considered a risky driver, even if they are prescription pills that you should not operate a vehicle while under the influence of. Causing a lot of accidents is risky as well, especially when they happen within a short time span.

What Does SR-22 Insurance Cover?

What you should know about SR-22 insurance is that it isn't an actual policy that covers your vehicle. When required to get such insurance, it simply means that you must prove that you are maintaining the minimum about of coverage. The minimum coverage in the majority of states is for drivers to have liability insurance as a means for protecting drivers financially. For example, if you cause a car accident and have liability coverage, the other driver can get compensated via your insurance provider. Your provider will basically report when you have coverage or if you drop the policy if you are required to have SR-22 insurance.

What Are the Penalties for Not Having Coverage?

If you don't keep coverage while under the order to have SR-22 insurance, the penalties can be extensive. For instance, if you cause another collision without insurance, you might lose your right to drive altogether. Not doing what you are mandated to do can also lead to jail time.

Read in about 3 Minutes 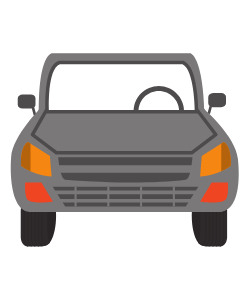 As you go about buying car insurance, you will quickly realize there are several different types of coverage to consider. There's liability insurance, which will pay for damage you cause to other drivers's cars and property. There's collision, which pays for your own car damages in crashes that are deemed to be your fault. And then, there is comprehensive insurance, which in spite of its confusing name, covers damage done to your car when it is parked. Learn more about these types of coverage and discover which ones are best for you as you read this blog. We have plenty of info to share, so dive right in.